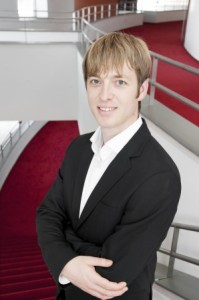 David Smith completed a Postgraduate Diploma in piano accompaniment at the Royal Academy of Music, studying with Michael Dussek and Vanessa Latarche, and subsequently won the Shinn fellowship.

He is in great demand as a partner of many young leading singers and instrumentalists, and has performed in venues such as the Wigmore Hall, St John Smith Square and Bath Pump Rooms.

David’s many competition successes include reaching the final of the Birmingham Accompanist of the Year, the Vivian Langrish Accompanist Prize, the Michael Head and Bliss Prizes.

MCDOWALL: A Fancy of Folksongs